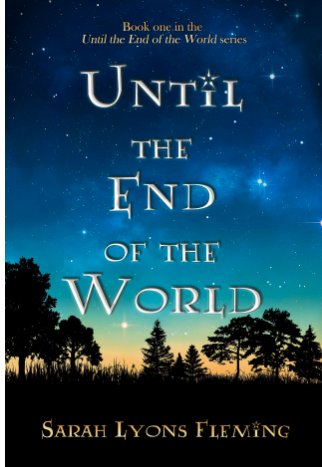 Until the End of the World – And After – So Long, Lollipops – All the Stars in the Sky

OMG!! Where to start with these books??

All three series are set in the same time frame and overlap some due to family relations and geographic locations.

The ‘City Series’ follows a group of people who are stuck in New York, cut off from the rest of the country by destroyed bridges.

And in the ‘World Departed’ series (the most recently published), we follow a group of people traveling from California to Oregon, and another group they eventually meet up with in Oregon.

There is so much I love about these books including all the survival tips and suggestions. I’m a little bit of a ‘prepper’ myself although not like the ones people tend to think about when they hear that term.

But ultimately it is the way the characters are written that really draw a reader in. Any author who can create characters that a reader feels invested in and will cry over when they are hurt or killed, now that is a great writer! Sarah is definitely in that category.

I am of course more of a ‘listener’ than a physical reader though, so the narration must also be good to earn my attention and respect. All of Sarah’s books are professionally narrated, with experienced narrators that only increase the power of each series to the point that many of her fans are now pre-ordering her books as they are near completion. I know that I pre-ordered the most recent book, World Between, along with many of the Facebook Group that I am proudly a part of.

I don’t follow many authors but I keep up with Sarah to know what is coming up, and because so many of her followers are of a similar mindset as me. It’s a really great Facebook group, much like family. A crazy, kooky family, but a family just the same.

I have to say that Sarah is in my top 5 favorite authors, and that is really saying something if you knew how many books I have read and listened to over the years.

If you are interested in Zombies, the Apocalypse, or End of the World stories, then Sarah Lyons Fleming is one you absolutely MUST add to your list. Believe me, you will not be disappointed.

As always, I wish you all Happy Listening!

Julia Whelan, born 1984 in Oregon, has been acting since she was 5 years old.  She is best known as teenager Grace Manning in the family tv drama ‘Once and Again’.

However my introduction to Julia’s work was through her audio narration of the Sarah Lyons Fleming ‘Until the End of the World’ series.

If you like the show Walking Dead, then you will likely love this Zombie Apocalypse series too!

I have (and have listened to) all four books, including the novella ‘So Long Lollipops‘, that were narrated by Julia Whelan.

The series order goes; Until the End of the World, And After(book 2), All the Stars in the Sky(book 3).  The novella So Long, Lollipops should be read between books 1 and 2, for the best chronological order, but it’s not required.

Also from Sarah Lyons Fleming (but not narrated by Julia), is the side story Mordacious.  Much like the novella, the story of Mordacious occurs in the same timeline as the Until the End of the World series, but it follows the struggles of a different group of people, including some  characters originally introduced in book one.

Once again the best combination of outstanding writing, and amazing narration.  This is truly a great example of how AWESOME audio books can be.

Julia’s narration on the whole series is just stellar.  In my 1-4 narrator rating scale, she definitely comes in as a 4!  Her timing is so eloquent, the emotion so real.  For me, this set is an all-around KEEPER.

You know some books you listen to once, and they may be great, but once is enough.  This set though, I just don’t want to put away.  I keep playing them, and will no doubt re-visit them like some of my other favorites, every year.

You just can’t help but fall in love with these characters.  Cassie, Nelly, Penny, Anna, Peter, Bits, Adrian, John, Dan……the list just goes on and on.

So if this sounds interesting to you, give this series a try.  If not, there are many other types of books in which you can enjoy Julia Whelan’s narration.  Including the mystery novel by Gillian Flynn, Gone Girl, that was turned into a movie in 2014.

Let us know what you think of Julia’s work, and as always, Happy Listening!